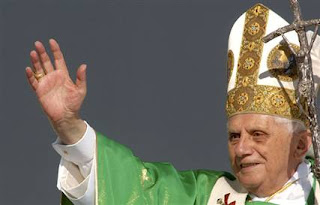 Apparently Captain Renault still lives. Renault is, of course, the character in the movie Casablanca who was “shocked! shocked…” to discover a fact which he already knew full well. There seem to be a number of Protestant leaders who are shocked! shocked to discover that the Catholic Church teaches that it is the one true Church founded by Jesus Christ on the Rock which is Peter.

The Congregation for the Doctrine of the Faith has issued a document titled “Responses to Some Questions Regarding Certain Aspects of the Doctrine on the Church.” There is nothing new in the document. It restates the simple fact that the Church founded by Christ “subsists” in the Catholic Church, and discusses the ramifications of that fact.

Some Protestant leaders are claiming that this has “downgraded” them. Some say this is a “reversal of the ecumenical progress made under the last Pope.” Others assert this has “swept aside the Second Vatican Council.” Of course, this document has done none of those things. The Catholic understanding of the situation of the Orthodox Churches and the various Protestant denominations hasn’t changed in the least. Part of the problem has been that some people thought they could make their own interpretations and ignore uncomfortable truths.

The Catholic Church must be faithful to what our Lord has revealed, and that is what she is doing with this document. And other Christians, whether or not they agree, even if they don't like the teachings, know full well what we believe. It’s uncharitable and unfair to others to pretend to believe something untrue just so we can all “get along.” How could we ever have a serious discussion with other Christians if, after talking for a while, we then say, “Well, actually we believe something else, but we thought you might find it offensive, so we decided to lie to you.”

Read the document. I doubt you will be “shocked! shocked…”
Posted by Fr. Christopher George Phillips at 11:38 AM