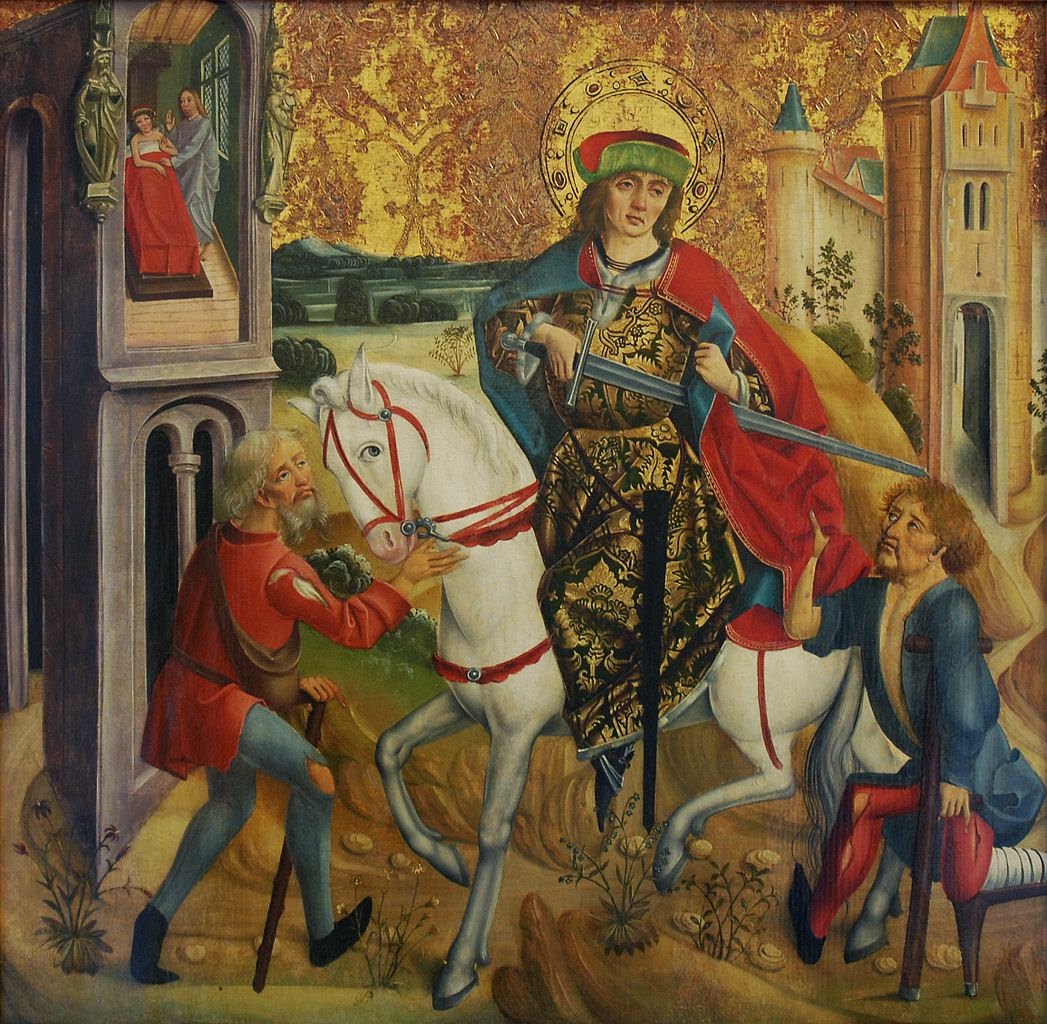 When he was merely a boy, Martin became a Christian catechumen against his parents' wishes, and at the age of fifteen he was forced by his father, a pagan soldier, to be enrolled in the army.

It was on a winter's day, while stationed at Amiens, that Martin met a beggar almost naked and frozen with cold. Having nothing to give him, Martin cut his cloak in two and gave poor man half.

That night in a dream Martin saw Our Lord clothed in the half cloak, and heard Him say to surrounding angels: "Martin, yet only a catechumen, has wrapped Me in this garment." He decided to be baptized, and shortly after this he left the army.

Martin succeeded in converting his mother, but he was driven from his home by the Arian heretics who were powerful in that place, and he took shelter with the bishop, St. Hilary. Near Poitiers they founded first monastery in France, and in the year 372 St. Martin was made Bishop of Tours. The people of that area, though Christian in name, were mostly still pagan in their hearts and in their daily practice. Unarmed and attended only by his monks, St. Martin destroyed the heathen temples and groves, and then completed this courageous act by preaching the Gospel. After witnessing many miracles at the hand of their bishop St. Martin, there was a complete conversion of the people. St. Martin’s last eleven years were spent in the humble work of travelling throughout Gaul, preaching and manifesting the power of God through his works and by the purity of his life.

O God, who seest that we are not able to stand in our own strength: mercifully grant that, through the prayers of blessed Martin thy Confessor and Bishop, we may be defended from all adversities; through Jesus Christ thy Son our Lord, who liveth and reigneth with thee, in the unity of the Holy Spirit, ever one God, world without end. Amen.