An old friend, close at hand... 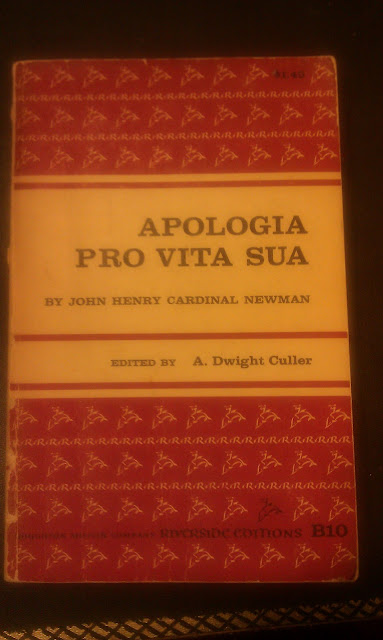 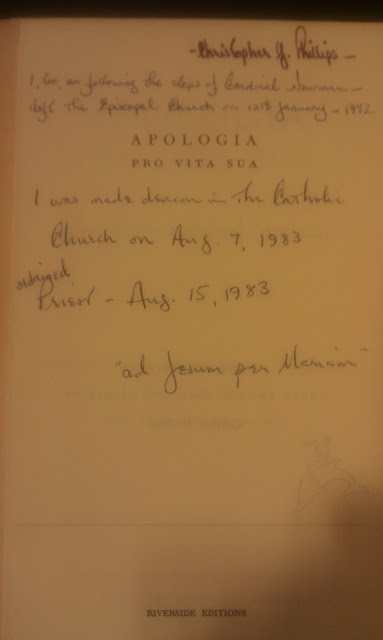 I keep a copy of Cardinal Newman’s Apologia pro vita sua on my desk. In fact, it’s the copy I obtained when I was in college some fifty years ago – a fact betrayed by the price of $1.45 which appears on the cover. It’s a soft-covered, dog-eared book, with underlinings in it from my college days when I first read it. In fact, I can remember snatching odd moments between classes just to read a few pages and to savour one point or another he was making. Ultimately, this book would be instrumental in my own conversion to the Catholic Church, and some things I wrote on the title page bear that out.

It wouldn’t seem like my desk if that old book wasn’t there, close at hand, ready to be opened randomly just to delight in the thought and writing of one of the great men of the Church, one of the greatest contributors to our patrimony, and now a canonized saint for of the universal Church. His life marked out the path many of us have followed, and (Deo volente) his prayers will bring many more to the fullness of truth.
Posted by Fr. Christopher George Phillips at 4:38 PM