Christ the King of the Universe 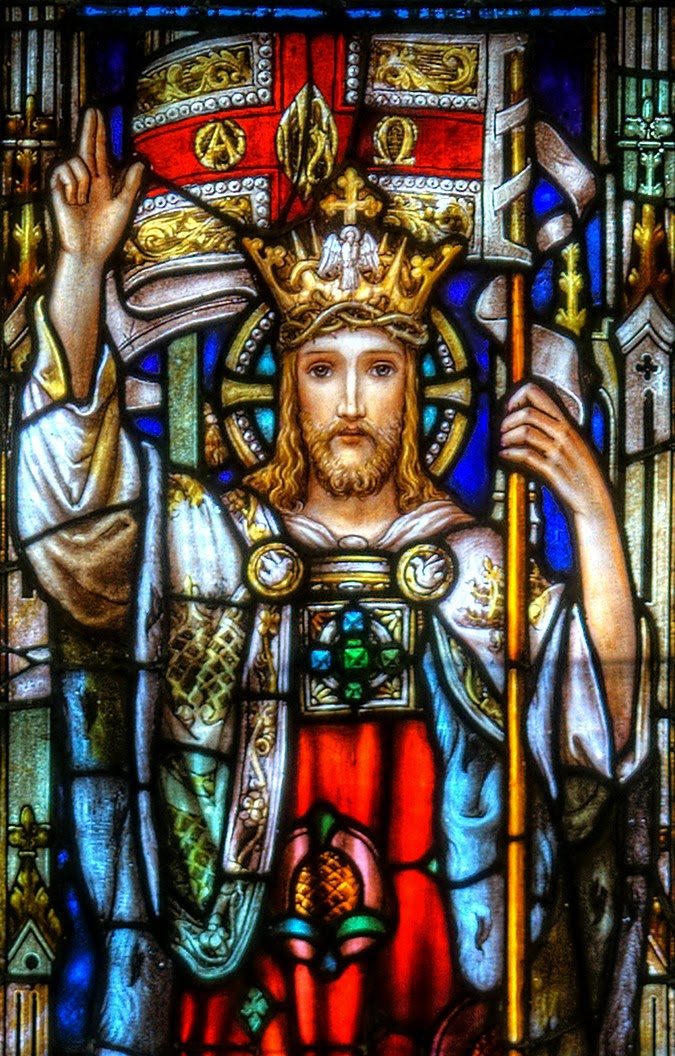 The Lord Jesus Christ, the King of the Universe, was dragged before a minor earthly ruler, Pilate, and was asked the question, “Are you a king, then?” It was a simple question, and yet so fertile. As a seed bursting with the beginning of life when it falls into good soil is able to produce a harvest beyond imagining, so Christ’s answer to Pilate's question (if it had been met with some glimmer of grace, some hint of human charity) might have lifted the life of that petty potentate into the upper reaches of God’s glory, for our Lord told him “My kingdom is not of this world...” But that, Pilate could not grasp, and so instead has been immortalized with the phrase, “...suffered under Pontius Pilate...” which describes the death of the King he could never understand. We, however, have been given to know that kingdom “not of this world,” and so have been spared the blindness which afflicted Pilate. In the cross we see a throne; in the thorns we see a crown; in the wounded side we see a gateway to Christ’s kingdom, which is eternal.

Almighty and everlasting God, whose will it is to restore all things in thy well-beloved Son, the King of kings and Lord of lords: mercifully grant that the peoples of the earth, divided and enslaved by sin, may be freed and brought together under his most gracious rule; who liveth and reigneth with thee, in the unity of the Holy Spirit, ever one God, world without end. Amen.