Have Liturgy - Will Travel... 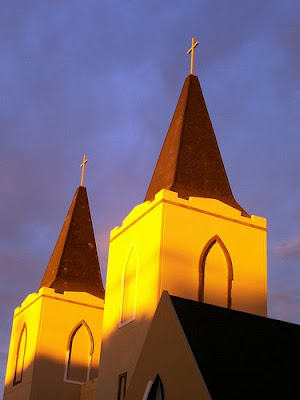 All we'd have to say about the students is that they were from San Antonio, Texas, and the immediate response was, "Ah! Texas!"  When it came to the liturgy we would mention the new Apostolic Constitution, and there would be immediate recognition and big smiles.  It's pretty amazing: people are fascinated by the Holy Father's generous provision for former Anglicans.  People who perhaps haven't given much thought previously to Anglicans are now beginning to see the immense importance of Anglicanorum Coetibus.  And it was the experience of a life-time for our pilgrim students.  To be in Rome at the very time of its announcement, and for them to see the response of others to it all, prompted one of our young people to say to me, "Father, it's like our parish is ground zero!"

Indeed it is.  The past twenty-six years of our parish's existence have helped to lay the groundwork for this great day, and it's really humbling to have even this small part in it all.
Posted by Fr. Christopher George Phillips at 9:19 AM