We began our study of St. Luke's Gospel this week, and each week's session will be uploaded to YouTube.

Exaltation of the Holy Cross 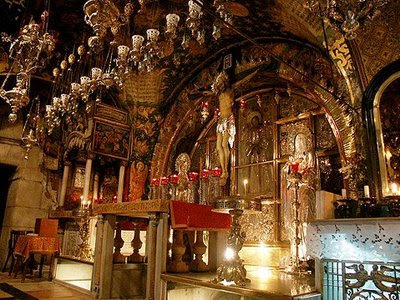 Site of the Crucifixion, Basilica of the Holy Sepulchre.

After the crucifixion of our Lord on the hill of Calvary, and after his subsequent resurrection from the nearby tomb where His body had been placed, there was a concerted effort by both the Jewish and Roman authorities in Jerusalem to obliterate any physical evidence or reminder of these events. They didn’t want there to be any rallying-place for the disciples of Jesus to gather, so dirt was piled up over the general site, and with the passage of time there were pagan temples built on top of it. But a persistent story was passed from generation to generation; namely, that the Cross on which Christ had died had been hidden somewhere underneath the site which was subsequently covered by pagan places of worship.

Saint Helena, the mother of the Emperor Constantine, was nearing the end of her life. A devout Christian, she received the divine inspiration that she should journey to Jerusalem to excavate the area where the Holy Sepulchre was, and attempt to locate the True Cross. The year was 326, and she set off on her pilgrimage. When St. Helena arrived in Jerusalem she was able to find someone who was very familiar with the story of where the Holy Cross had been hidden, and she ordered the excavation to begin – obviously able to arrange such a project because she was the Emperor’s mother.

The excavation was a success, but the problem was that three crosses were found on the spot. How was St. Helena to determine which one was the True Cross of Jesus? What happened next has come to us down through history in a tradition which tells us that St. Helena, along with the Bishop of Jerusalem, devised an experiment. The three crosses were taken to a woman who was near death; when she touched the True Cross, she was healed. This confirmed to St. Helena that the actual Cross upon which our Lord was crucified had been found.

Such a discovery called for celebration, and along with the great rejoicing and prayers of thanksgiving to God, the Emperor Constantine ordered that two churches be built – one at the site of the burial of Christ (the Holy Sepulchre) and one on the site of the crucifixion (Mount Calvary). Because the sites were very close to one another, the churches were actually connected by a great colonnade, and today they are fully incorporated as one structure. The solemn dedication of the churches took place on September 13 and 14, in the year 335. The Feast of the Exaltation of the Holy Cross was fixed on September 14th, spreading from Jerusalem, on to other churches, until by the year 720 the celebration was kept throughout the whole Church.

The story doesn’t end there. In the early seventh century, the Persians conquered Jerusalem. The Persian king looted the city and stole the True Cross, taking it to Persia. Eventually, however, the Emperor recaptured the True Cross and brought it back to Jerusalem. The tradition says that he carried the Cross on his own back, but when he attempted to enter the church on Mount Calvary, he was unable to take another step. Bishop Zacharias of Jerusalem saw that the emperor was having difficulty, and so advised him to take off his royal robes and crown, and to dress in a penitential robe instead. As soon as the Emperor took the bishop’s advice, he was able to carry the True Cross into the church, where it was enshrined for the veneration of the Faithful. Eventually, smaller pieces of the relic were distributed throughout Christendom.

Almighty God, whose Son our Saviour Jesus Christ was lifted high upon the Cross that he might draw the whole world unto himself: mercifully grant that we, who glory in the mystery of our redemption, may have grace to take up our cross and follow him; who liveth and reigneth with thee, in the unity of the Holy Spirit, ever one God, world without end. Amen. 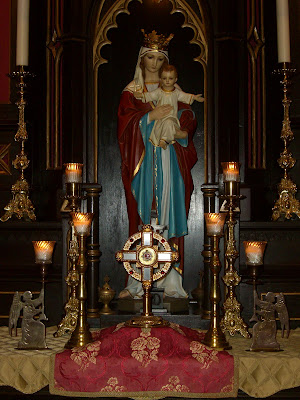 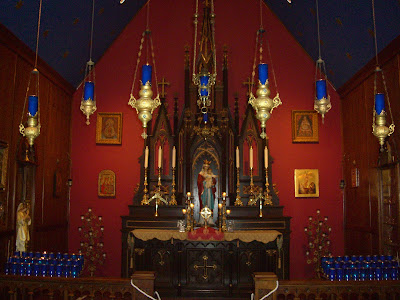 The Relic of the True Cross, in the Lady Chapel for the veneration of the Faithful.
Our Lady of the Atonement Church, San Antonio, Texas
Posted by Fr. Christopher George Phillips at 10:08 PM 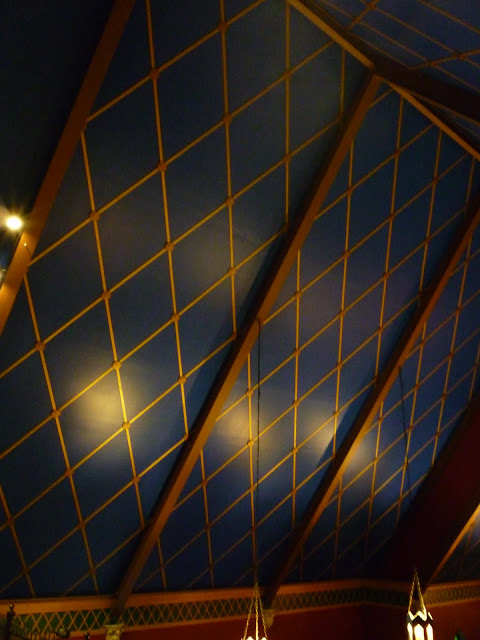 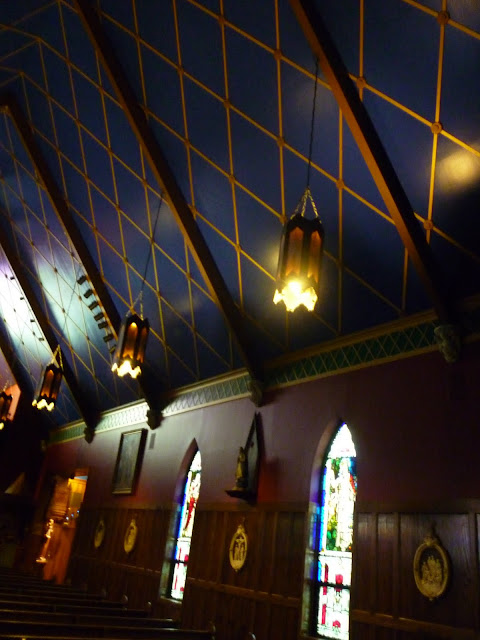 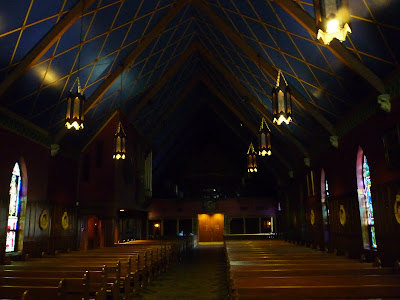 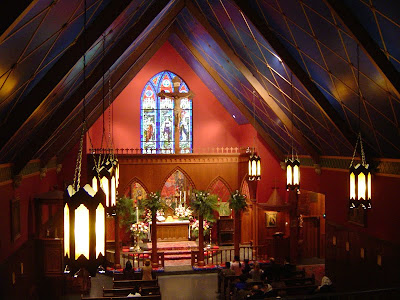