Remember that thou art dust...

Thou hast mercy upon all, O Lord, and abhorrest nothing which thou hast made, and forgivest the sins of men, because they should amend, and sparest them: for thou art the Lord our God. 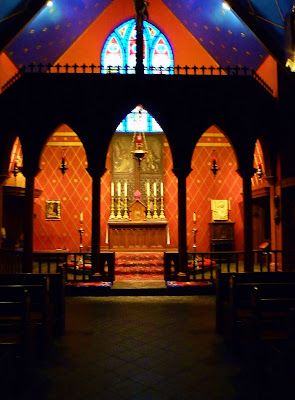 Almighty and everlasting God, who hatest nothing that thou hast made and dost forgive the sins of all those who are penitent: Create and make in us new and contrite hearts, that we, worthily lamenting our sins and acknowledging our wretchedness, may obtain of thee, the God of all mercy, perfect remission and forgiveness; through Jesus Christ our Lord, who liveth and reigneth with thee and the Holy Spirit, one God, for ever and ever. Amen.

There will be the Imposition of Ashes at each Mass.
Posted by Fr. Christopher George Phillips at 5:07 AM 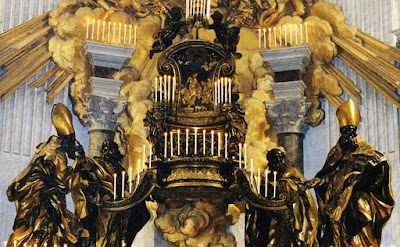 NOVENA BEFORE THE FEAST OF THE CHAIR OF ST. PETER

Antiphon: That they all may be one; as thou, Father, art in me, and I in thee, that they also may be one in us: that the world may believe that thou hast sent me.

V. I say unto thee, thou art Peter;
R. And upon this Rock I will build my Church.

[Each day’s scripture and intention is is followed by the final prayers.]

February 13th.
And passing along by the Sea of Galilee, [Jesus] saw Simon and Andrew the brother of Simon casting a net in the sea; for they were fishermen. And Jesus said to them, "Follow me and I will make you become fishers of men." And immediately they left their nets and followed him.
- St. Mark 1:16-18

Intention: That we may follow the call of Christ without hesitation.
---

February 14th.
[Jesus] said to Simon, "Put out into the deep and let down your nets for a catch." And Simon answered, "Master, we toiled all night and took nothing! But at your word I will let down the nets." And when they had done this, they enclosed a great shoal of fish; and as their nets were breaking, they beckoned to their partners in the other boat to come and help them. And they came and filled both the boats, so that they began to sink. But when Simon Peter saw it, he fell down at Jesus' knees, saying, "Depart from me, for I am a sinful man, O Lord."
- St. Luke 5:4-8

Intention: That we may obey our Lord’s commandments with humility.
---

February 15th.
[Jesus] asked his disciples, "Who do men say that the Son of man is?" And they said, "Some say John the Baptist, others say Eljjah, and others Jeremiah or one of the prophets." He said to them, "But who do you say that I am?" Simon Peter replied, "You are the Christ, the Son of the living God." And Jesus answered him, "Blessed are you, Simon Bar-Jona! For flesh and blood has not revealed this to you, but my Father who is in heaven. And I tell you, you are Peter, and on this rock I will build my church, and the powers of death shall not prevail against it.
- St. Matthew 16:13-18

Intention: That we may confidently confess our faith in Jesus Christ.
---

February 16th.
After six days Jesus took with him Peter and James and John, and led them up a high mountain apart by themselves; and he was transfigured before them, and his garments became glistening, intensely white, as no fuller on earth could bleach them.
- St. Mark 9:2-3

Intention: That with Peter, we may see Christ as he is.
---

February 17th.
Jesus said to the twelve, "Do you also wish to go away?" Simon Peter answered him, "Lord, to whom shall we go? You have the words of eternal life; and we have believed, and have come to know, that you are the Holy One of God."
- St. John 6:67-69

Intention: That we may know Christ as the Incarnate Word, and follow him.
---

Intention: That we may refrain from hasty or imprudent words and actions.
---

February 19th.
Peter then came out with the other disciple, and they went toward the tomb. They both ran, but the other disciple outran Peter and reached the tomb first. Then Simon Peter came, following him, and went into the tomb; he saw the linen cloths lying, and the napkin, which had been on his head, not lying with the linen cloths but rolled up in a place by itself.
- St. John 20:3-4, 6-7

Intention: That our lives may give witness to the Risen Lord Jesus Christ.
---

Intention: That we may remain in close communion with the Successor of St. Peter, through whom Christ strengthens us.
---

February 21st.
Peter, standing with the eleven, lifted up his voice and addressed them, “Men of Judea and all who dwell in Jerusalem, let this be known to you, and give ear to my words.”
Acts 2:14

Intention: That in union with St. Peter we may proclaim the Gospel to the whole world.
---

FINAL PRAYER (to be offered each day)

Posted by Fr. Christopher George Phillips at 8:42 AM

The Presentation of Our Lord 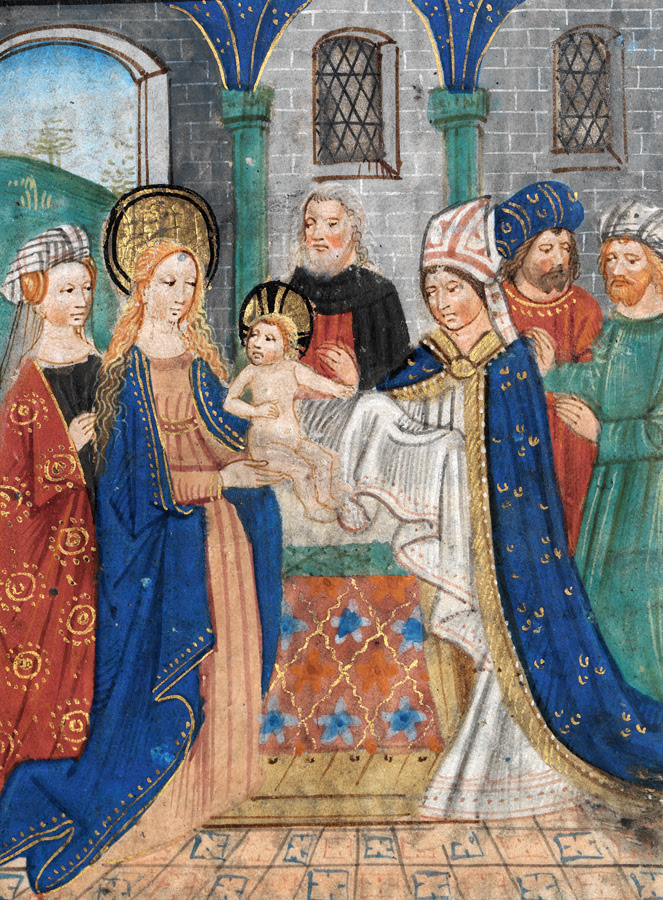 It is a good and just king who obeys his own laws. And at the Presentation in the Temple God was doing just that. As the Incarnate Word He conformed Himself to those laws meant to honor Him. And it took place in the very Temple which was built to worship Him. Old Simeon had waited for years and he had seen countless infants brought into the Temple, but by the stirring of the Holy Spirit within him he knew this was the One. The veil was lifted from his eyes, as on a future day the Temple veil would be torn in two. The Infant in Simeon’s arms foreshows the Victim on the arms of the Cross. And the aged prophet’s words to the Virgin Mother would be fulfilled in union with her Son’s suffering.

Almighty and everliving God, we humbly beseech thy majesty: that, as thine Only Begotten Son was this day presented in the temple in substance of our flesh; so we may be presented unto thee with pure and clean hearts, by the same thy Son Jesus Christ our Lord; who liveth and reigneth with thee, in the unity of the Holy Spirit, ever one God, world without end. Amen.