Anglicanorum coetibus in its context... 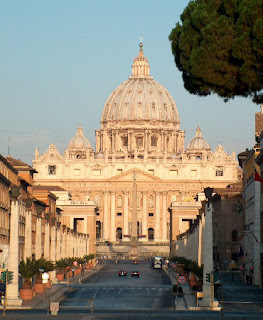 Anglicanorum coetibus didn't arise out of a void.  At various times over the past years, groups of Anglicans have made approaches to the Holy See.  Those in the news of late are but the most recent.

One of the best accounts of the approach made in the 1970's has been chronicled by Fr. Jack Barker, one-time rector of St. Mary of the Angels in Hollywood, and now the pastor of St. Martha's, Murrieta, in the Diocese of San Bernardino.

Anyone interested in Anglicanorum coetibus really should read this history.  It's linked here.  Fr. Barker was a participant in it all, and he gives us an important and accurate eye-witness account.  At the end of his article there is the text of the Decree which established the Pastoral Provision, and also the petition which was presented to Pope John Paul II on All Saints Day, 1979.

Even a cursory reading makes it obvious that the possibility of what is provided in Anglicanorum coetibus is contained in the original Decree, and the hope of the original petitioners has been fulfilled by Pope Benedict XVI.

By the way, one small thing to look for in the article: mention is made of the participation of a young priest who served as the English-speaking secretary to Cardinal Franjo Seper, Prefect of the Congregation for the Doctrine of the Faith.  His name?  Fr. William Levada, now a Cardinal, serving as Prefect of that same Congregation, and who announced Anglicanorum coetibus to the world.