So Lent begins, and it seems somewhat different this year, what with the Holy Father's announced resignation, and all. It was as though the day of the announcement had a kind of surreal aspect to it, but then as it began to sink in, it started to come together for many of us.

Now it seems all right. I don't like it, but then again, I don't have to like it. It has that sense of "rightness" to it because Pope Benedict is such a man of God, such a man of prayer, such a man of discernment, that I have every confidence in his decision, knowing he made it in the presence of the God Whom he loves and obeys.

So Lent begins, and we're ready. The entombed Alleluia is being guarded by Our Lady, safely at her feet. 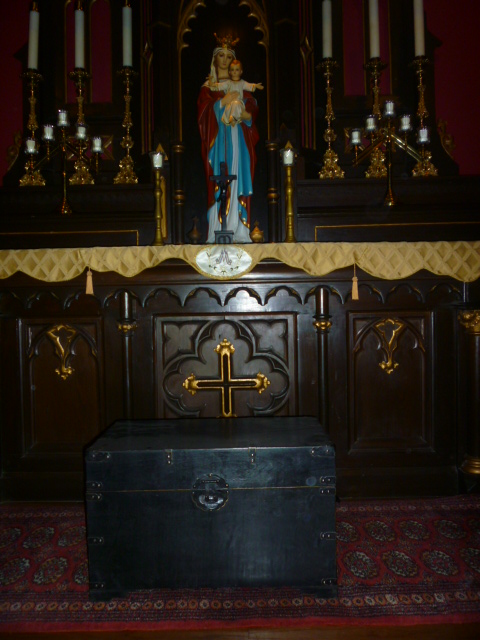 The ashes have been prepared, and are ready to mark the heads of the Faithful. 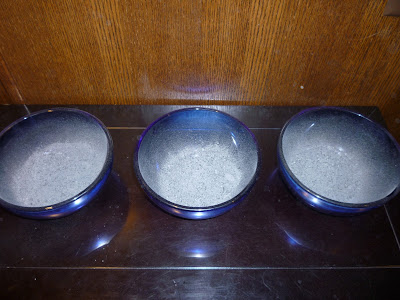 The triptych has been closed. 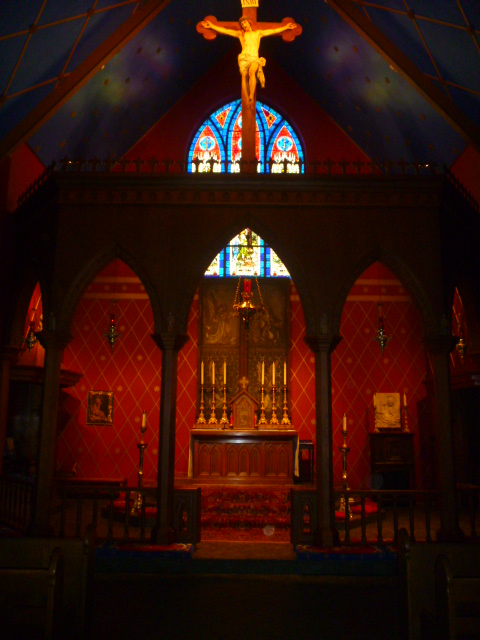 The vestments have been laid out. 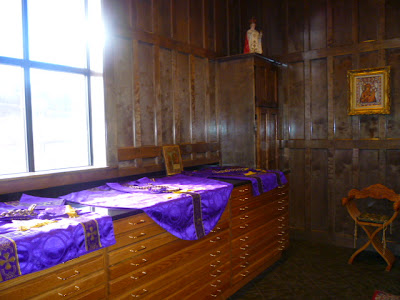 Immutemur habitu. Let us change our raiment for sack-cloth and ashes: let us fast and mourn before the Lord: for our God is merciful to forgive us our offences.