The Solemnity of the Annunciation 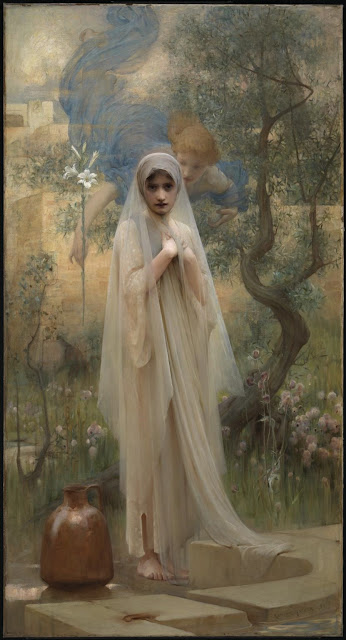 At the Annunciation, God sent His messenger, the archangel Gabriel, to announce to the Blessed Virgin Mary that she would bear the Incarnate Son of God, and it would be Jesus who would take human flesh from her, to bring salvation into the world. When Mary heard these words, she was filled with awe and wonder, and she asked for clarification: “How can this be…?” When Gabriel told her that it would be by the power of the Holy Spirit, Mary responded by saying, “Let it be unto me according to thy word.”

That is an important phrase, “Let it be…” It takes us back to creation itself, when by the word of God, all things came into being.

In the beginning, God said “Let there be light,” and there was. God brought into being everything there was – by His word there came into being all of creation, including man himself. In fact, creation itself is the larger context for the Annunciation to the Blessed Virgin Mary.

We beseech thee, O Lord, pour thy grace into our hearts: that, as we have known the Incarnation of thy Son Jesus Christ by the message of an Angel; so by his Cross and Passion we may be brought unto the glory of his Resurrection; through the same Jesus Christ thy Son our Lord, who liveth and reigneth with thee, in the unity of the Holy Spirit, ever one God, world without end. Amen.

Pictured: "The Annunciation" by Arthur Hacker, 1892

Posted by Fr. Christopher George Phillips at 9:48 AM