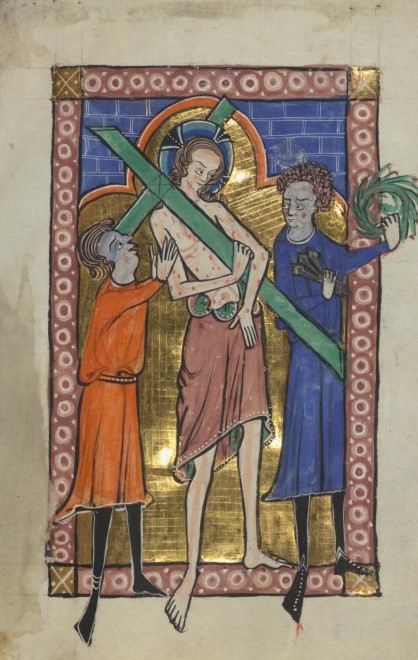 At that time: Jesus said to his disciples, "The Son of man must suffer many things, and be rejected by the elders and chief priests and scribes, and be killed, and on the third day be raised." And he said to all, "If any man would come after me, let him deny himself and take up his cross daily and follow me. For whoever would save his life will lose it; and whoever loses his life for my sake, he will save it. For what does it profit a man if he gains the whole world and loses or forfeits himself?

Jesus had just asked the disciples who men said that He was, and Peter had just professed that He was the Christ, and then they heard our Lord say, "I must go to Jerusalem and die." He knew he had a work to complete. The Father’s will was His will. He had no other task but to do upon earth what the Father had sent him to do.  The Divine Son was under orders from the Father.

And in imitation of Christ, the Christian is also a man under orders. What are those orders? First, that we must deny ourselves. What does that mean? Think of it in this way: Peter once denied his Lord. He said of Jesus, "I do not know the man." So, to deny ourselves is to say, "I do not know myself." It is to ignore oneself. It is to treat the “self” as if it were not the most important thing to us – in fact, to treat it almost as though it doesn’t exist. Usually we treat ourselves as if our self was far and away the most important thing in the world. If we are to follow Jesus, we must put self aside.

And the taking up of the cross is a voluntary thing. It isn’t something that is thrust upon us by surprise, but it is something we choose. Part of the reason for our Lenten discipline is to help us choose willingly the cross which has been prepared for us.
Posted by Fr. Christopher George Phillips at 10:21 AM