Octave of Prayer for Christian Unity 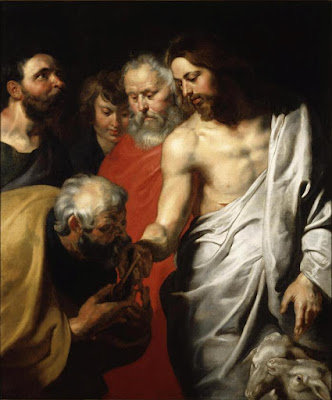 From January 18 through January 25, Christians throughout the world keep the Week of Prayer for Christian Unity. The official material composed for it each year tends to be non-specific, as far as what we’re actually supposed to pray for (other than nice feelings and politeness) whereas the original prayers and intentions for the Octave of Prayer concentrate much more on the fact that unity according to the mind of Christ is a specific kind of unity.

The Octave was first conceived by Father Paul of Graymoor on 30 November 1907, before his entrance into the Catholic Church. The initial success in 1908 was so encouraging that he decided to promote it annually, and he regarded the Octave as one of the special means which brought his Society of the Atonement into the Church on 30 October 1909. It was given papal blessing by Pope St. Pius X on 27 December 1909, just two months after the Society of the Atonement had entered the Catholic Church. Other popes have given it their blessings over the years, including Pope St. John XXIII (who urged its observance more widely throughout the world) and Pope St. Paul VI (who had promoted it in his archdiocese when he was the Cardinal Archbishop of Milan).
Father Paul considered the Octave as the greatest project which came from Graymoor, and even though it was overshadowed by the less-specific "Week of Prayer for Christian Unity" during his own lifetime, he rejoiced that those separated from full communion with the Catholic Church felt called to observe the January period as a time of prayer for unity. Even though their concept of unity differs from that of the Catholic Church, it is significant that so many pray for that unity which God desires for His people.

The Octave, as originally conceived by Father Paul, reflects the unchanging truth that there can be no real unity apart from union upon that Rock, established by Christ Himself, which is Peter and his successors. For that reason, St. Peter is considered the special Patron of the Octave of Prayer for Christian Unity.

THE OCTAVE PRAYERS
ANTIPHON: That they all may be one, as Thou, Father, in me and I in Thee; that they also may be one in Us; that the world may believe that Thou hast sent me.

V. I say unto thee, thou art Peter;

R. And upon this rock I will build my Church.

[Here is brought to mind the intention for the day's prayer.]

January 18: For the return of the "other sheep" to the One Fold of our Lord Jesus Christ.

January 19: For the return of the Eastern Orthodox Christians to communion with the Apostolic See.

January 20: For the return of the Anglicans to the authority of the Vicar of Christ.

January 21: For the return of all Protestants throughout the world to the unity of the Catholic Church.

January 22: That Christians in America (or, in my own country) may be one, in union with the Chair of Saint Peter.

January 23: That lapsed Catholics will return to the Sacraments of the Church.

January 24: That the Jewish people will be converted to the Catholic Faith.

January 25: That missionary zeal will conquer the world for Christ.