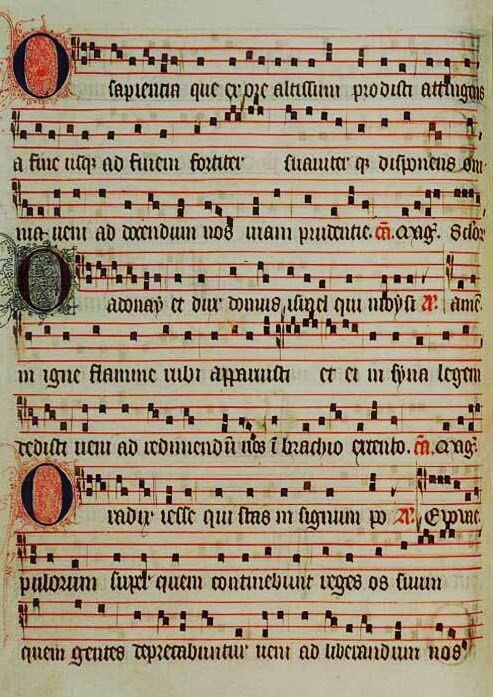 With the beginning of Late Advent on December 17th, so we begin the great “O" Antiphons, which lead up to the Vigil of the Nativity. Each antiphon highlights a title for the Messiah: O Sapientia (O Wisdom), O Adonai (O Lord), O Radix Jesse (O Root of Jesse), O Clavis David (O Key of David), O Oriens (O Rising Sun), O Rex Gentium (O King of the Nations), and O Emmanuel (O God With Us), and they are taken from the prophecy of Isaiah concerning the coming of the Messiah.

Of course, most of the Catholic Church already shares our patrimony’s gift regarding the O Antiphons in the metrical translation of these antiphons, the universally beloved: “O Come, O Come Emmanuel.” That translation is, in large part, the work of the famed Anglican priest, translator and hymnographer, John Mason Neale (1818-1866), to whose scholarly and literary gifts the Anglican Church owes its recovery of the great treasury of pre-Reformation Latin hymnody.

There is, however, another antiphon which is firmly part of our patrimony.  It is our unique eighth O Antiphon, which we hear on the morning of December 24th — a most fitting antiphon indeed to echo throughout the monasteries and churches of the land known then – and now again – as “Our Lady’s Dowry,” the antiphon O Virgo virginum:

O Virgin of virgins, how shall this be? for neither before thee was any like thee, nor shall there be after. Daughters of Jerusalem, why marvel ye at me? the thing which ye behold, is a divine mystery. 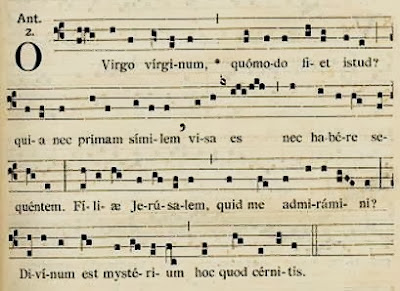 Posted by Fr. Christopher George Phillips at 9:39 AM