The Way, the Truth, and the Life 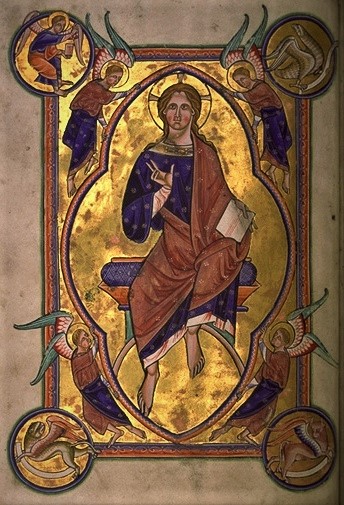 Perhaps one of the greatest hindrances to the spread of the Gospel of Jesus Christ is the heresy called "indifferentism,” a way of looking at things which says that all religious beliefs ultimately get bundled together into one thing, that all paths lead to the same place, that all worship leads to the same god. “Indifferentism” is the driving force behind modern pluralism that says, "It doesn’t matter what you believe, just as long as you believe in something that matters to you."

This is the underlying reason that every single religion, except one, is openly taught in our public schools. It's why our children can be taught Buddhism, Hinduism, native American spiritism, and whatever other “ism” there may be, in the name of cultural diversity, except the one faith which confesses the crucified and risen Lord Jesus Christ. Ours is the only faith not tolerated in the public square.

Why is this? Part of the reason is because of the “scandal” of the Gospel -- scandalous, at least, by the world’s standards, because the Gospel of the Lord Jesus Christ is exclusive.

It's important we should understand that the Gospel isn’t exclusive of people – indeed, the Gospel states without any doubt that it is for all people in all places and at all times; but it’s exclusive when it comes to untruths or partial truths. It will not make room for errors or lies within its system of belief. The Gospel of Jesus Christ is exclusive in the sense that there is no other name on earth, other than the Name of Jesus, in whom there is the certainty of life and salvation. There is only one sacrifice for sin, and that sacrifice is the body of Jesus crucified on the cross of Calvary. It rules out all other gods and all other ways of salvation. There is only one God, the Triune God revealed by Jesus Christ. And there is only one salvation, the salvation which comes because of the sacrifice on the Cross.

The reality of the situation in our society today is that as long as you preach a generic god, or generic values, then you pose no threat, you offend no one, you challenge no cherished beliefs, you ruffle no feathers. You can talk about “being nice” and “respecting others” and “not being judgmental” and those are good things. No one will argue with you about those sorts of things. But when we look at the witness which came from those in the early days of the Church, we see immediately that they were speaking about much more than just “nice things.” St. Stephen wasn’t martyred because he was being “non-judgmental” nor were St. Peter and the other apostles beaten and thrown into prison because they thought that different religions were just different ways of salvation.

St. Paul caused riots for preaching the crucified and risen Jesus as the Incarnate God. If St. Paul had subscribed to the indifferentism of this age, he wouldn’t have bothered going to the synagogue with his message. After all, the Jews were already religious people. They believed in God sincerely and earnestly wanted to please Him. If St. Paul had believed that all religious roads lead to the same place, he wouldn’t have made it his weekly Sabbath practice to go to the synagogues and debate from the Scriptures that this Jesus is the Christ, the Saviour, God in human flesh.

Jesus is the Way, the Truth, and the Life. And while the world teaches that there are many ways, many truths, many ways of living, Jesus teaches that there is only one. Jesus is not one way among many ways. He is not one truth among various truths. He is not one life, among many lives. He is the Way, the Truth, and the Life. He is the only way to God the Father, the only Truth who guides us into the truth by His Word and Spirit, the only Life that conquers death and brings eternal life through His suffering, death, and resurrection.

There are lots of things that hold out the promise of life - new medicines, new diets, new products. And people are constantly chasing after things that offer a supposedly better, fuller life. But Jesus Christ came to turn our hearts from everything that “promises” life, and He claims our hearts entirely for Himself alone.

Jesus is the Way. He is the Truth. He is the Life. He is the only Way from death to life, from hell to heaven, from the devil to God. He is the only Truth that overcomes the Lie that kills us. He is the only Life that is eternal life. All other roads, in fact, do lead to the same place; namely, death and destruction. These other roads may try to provide nice scenery along the way, and they might be very broad and well-traveled, and they might be filled with crowds of very nice, unobjectionable people, but the Lord Jesus teaches us with His own lips and in His own words, that there is only one road that leads to eternal life with God, and that is Christ Himself, who is the Way, the Truth, and the Life.
Posted by Fr. Christopher George Phillips at 10:39 AM