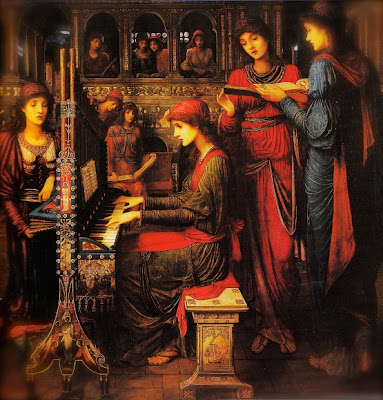 St. Cecilia is one of several martyrs in the early Church who were young girls, and very serious about their faith. Cecilia was of noble birth. At an early age, she dedicated her life to God with a vow that she wouldn’t marry, but would give herself completely to Christ. However, her family wanted her to marry, and she was engaged to a young nobleman named Valerian. On her wedding day, she prayed to the Lord and asked Him to help Valerian to understand that she couldn’t live with him as his wife. History records, "The day on which the wedding was to be held arrived and while musical instruments were playing she was singing in her heart to God alone saying: Make my heart and my body pure that I may not be confounded." St. Cecilia's prayers were answered, and Valerian understood the importance of her vow to God. In fact, not only did he accept it, but he and his brother Tiburtius were both converted to the Christian faith, and were baptized.

At this time, Christianity was still illegal in Rome. Both Valerian and his brother Tiburtius were soon discovered to be Christians, and they were martyred. Cecilia was discovered soon after, and she was condemned to death. It required two attempts, however, before the death of Cecilia was successful. She was first locked in a bath in her own home to be suffocated by the steam. When she emerged from the bath unharmed, she was then beheaded. The stroke of the axe failed to sever her head from her body, however, and she lived for three days. During this time, she saw to the disbursment of her assets to help the poor, and she donated her home to be used as a church, and there is a great church on that site to this day, which bears her name. When Cecilia finally died, she was buried in the Catacombs of Callixtus. In the 9th century Pope Paschal I had St. Cecilia's remains unearthed from the catacombs and reported that her body was incorrupt and that her hands signaled the Trinity, with one extending three fingers and the other a single finger.


O God, who makest us glad with the yearly festival of blessed Cecilia thy Virgin and Martyr: grant that we who venerate her in our service, may also follow the example of her godly life; through Jesus Christ thy Son our Lord, who liveth and reigneth with thee, in the unity of the Holy Spirit, ever one God, world without end. Amen. 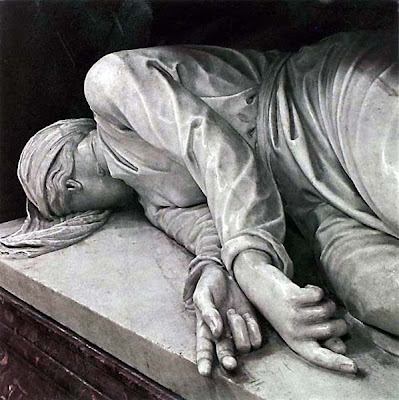 Posted by Fr. Christopher George Phillips at 6:12 AM