Martyrdom of St. John the Baptist 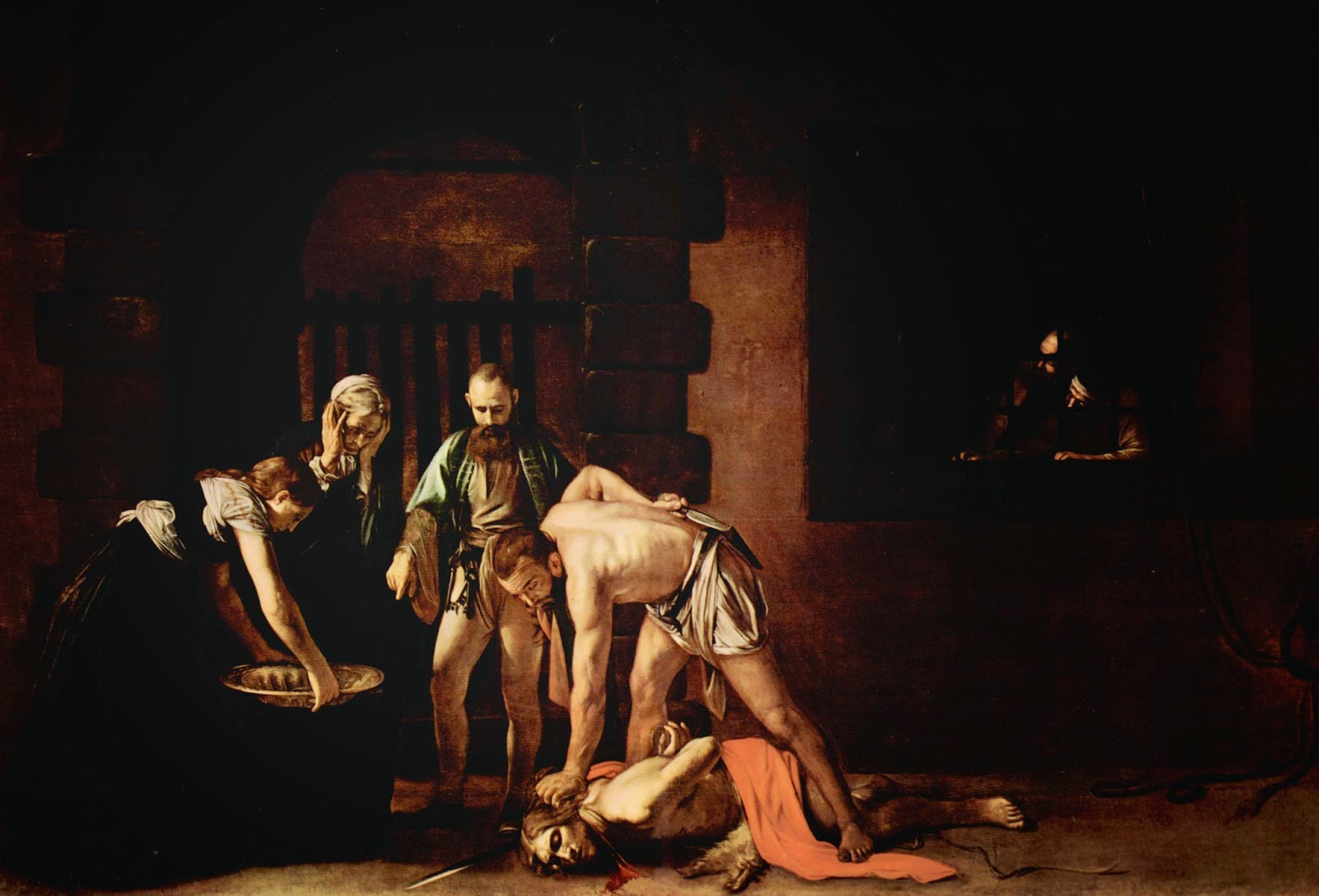 The circumstances surrounding the martyrdom of St. John the Baptist are pretty seedy – we have a drunken king who makes an oath and doesn’t want to be embarrassed in front of others; we have a hateful queen who wants revenge; we have a young girl who is pushed into the situation by her mother, and made to do a seductive dance and then make a deal to have John murdered.

John the Baptist was the last of the Old Testament prophets, and he was the first New Testament prophet. Of course, he was treated like most of the prophets were – he was hated for speaking the truth. Sent by God to prepare the people for the Messiah, his vocation was one of selfless giving. The only power he claimed was the Spirit of God. “I am baptizing you with water, for repentance, but the one who is coming after me is mightier than I. I am not worthy to carry his sandals. He will baptize you with the Holy Spirit and fire” (Matthew 3:11).

Scripture tells us that many people followed John looking to him for hope, perhaps in anticipation of some great messianic power. John never allowed himself the false honor of receiving these people for his own glory. He knew his calling was one of preparation. When the time came, he led his disciples to Jesus: “The next day John was there again with two of his disciples, and as he watched Jesus walk by, he said, ‘Behold, the Lamb of God.’ The two disciples heard what he said and followed Jesus” (John 1:35-37), and so the life and death of St. John the Baptist had the great purpose of pointing the way to Christ.

Almighty God, by whose grace and power thy servant St. John the Baptist triumphed over suffering and despised death: Grant, we beseech thee, that we, enduring hardness and waxing valiant in fight, may with the noble army of martyrs receive the crown of everlasting life; through Jesus Christ our Lord, who liveth and reigneth with thee and the Holy Spirit, one God, for ever and ever. Amen.

Posted by Fr. Christopher George Phillips at 8:12 AM