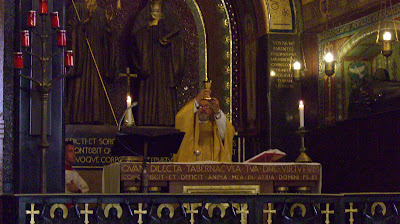 (Mass at Montecassino, in the Crypt Chapel where Ss. Benedict and Scholastica are buried)

Twins often share the same interests and ideas with an equal intensity. Therefore, it is no surprise that Scholastica and her twin brother, Benedict, both established religious communities within a few miles from each other.

The twins were born in 480 of wealthy parents. Scholastica and Benedict were brought up together until he left for Rome to continue his studies.

We don’t know much about Scholastica's early life. She founded a religious community for women near Monte Cassino, five miles from where her brother was the abbot of a monastery.

The twins visited each other once a year in a farmhouse because Scholastica was not permitted inside the monastery. They spent these times discussing spiritual matters.

According to an account written by Pope St. Gregory, the brother and sister spent their last day together in prayer and conversation. Scholastica sensed her death was close at hand and she begged Benedict to stay with her until the next day.

He refused her request because he did not want to spend a night outside the monastery, thus breaking his own Rule. Scholastica asked God to let her brother remain and a severe thunderstorm broke out, preventing Benedict and his monks from returning to the abbey.

Benedict cried out, "God forgive you, Sister. What have you done?" Scholastica replied, "I asked a favor of you and you refused. I asked it of God and he granted it."

Brother and sister parted the next morning after their long discussion. Three days later, Benedict was praying in his monastery and saw the soul of his sister rising heavenward in the form of a white dove. Benedict then announced the death of his sister to the monks and later buried her in the tomb he had prepared for himself. 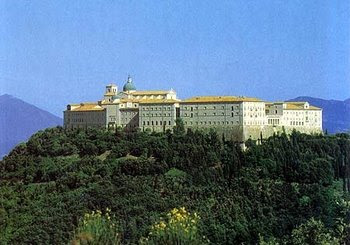 Setting foot on Monte Cassino today, you'd never know it was the site of a horrible bombing during World War II, with great loss of life and the destruction of the monastery. Founded by St. Benedict in 529 after moving from Subiaco, it was here that he wrote his famous Rule, which would become the model for monastic rules throughout the Church. 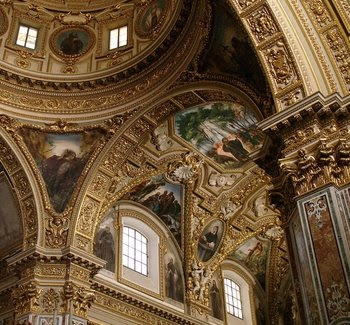 It's a wonderful place to visit, and when we do we always celebrate Mass in the Crypt Chapel where the saintly twins, Benedict and Scholastica, are buried. 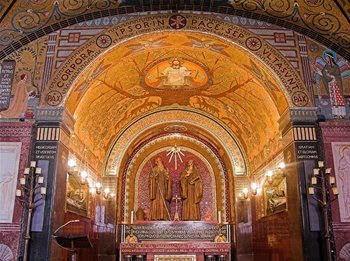 The last time we were here we had many of the members of our Upper School Honors Choir with us. The chapel grew more and more full as visitors in the main church found their way down to the crypt where we were celebrating Mass, enchanted by the music.

O God, who for a testimony to the path of innocency didst cause the soul of blessed Scholastica, thy Virgin, to enter heaven in the appearance of a dove: grant unto us; that by her merits and intercession, we may walk in such innocency of life; that we may be worthy to attain to everlasting felicity; through Jesus Christ thy Son our Lord, who liveth and reigneth with thee, in the unity of the Holy Spirit, ever one God, world without end. Amen.