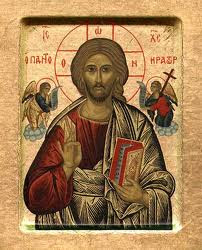 The Pharisees came and began to argue with him, seeking from him a sign from heaven, to test him. And he sighed deeply in his spirit, and said, "Why does this generation seek a sign? Truly, I say to you, no sign shall be given to this generation." And he left them, and getting into the boat again he departed to the other side.

There is a tendency in people to look for God in the abnormal, and it was no different during the time of the earthly ministry of Jesus. People thought when the Messiah came, startling things would happen. And certainly, one of the things the many false Messiahs who came were always promising was that if people would follow them, they would do incredible things. The Pharisees were demanding just such an abnormal sign -- something from heaven which would “prove” that Jesus was the Messiah. They wanted to see some shattering event blazing across the sky, defying nature and giving astonishment to people. Jesus knew their game: He knew that their demand wasn’t due to any desire to see the hand of God; rather, it was due to the fact that they were blind to what actually was happening! The whole world was full of signs: God already makes himself known through His creation. It isn’t necessary for God to “break into creation” to make Himself known because there was already enough evidence for anyone who had eyes to see. The sign of the truly faithful individual is that he finds God in all sorts of circumstances – not just in the astounding or in the inexplicable. There are signs all around us. All we need are "eyes that see."
Posted by Fr. Christopher George Phillips at 6:46 AM