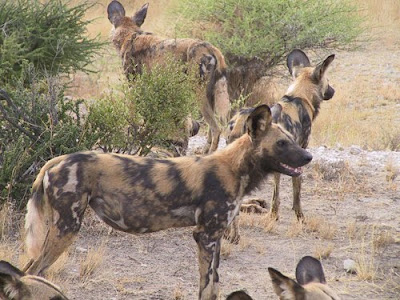 This piece from the website Catholic Culture is so clear, so precise, and so important, I'm putting the whole thing here for you to read.  Those who are trying to destroy the Pope, and the Church along with him, don't even pretend to have decent journalistic standards any more.  They can't succeed, but it seems that they just can't stop trying.  Psalm 59 describes them pretty well: "They go to and fro in the evening, they grin like a dog, and run about through the city.  Behold, they speak with their mouth, and swords are in their lips..."

We're off and running once again, with another completely phony story that purports to implicate Pope Benedict XVI in the protection of abusive priests.

The "exclusive" story released by AP yesterday, which has been dutifully passed along now by scores of major media outlets, would never have seen the light of day if normal journalistic standards had been in place. Careful editors should have asked a series of probing questions, and in every case the answer to those questions would have shown that the story had no "legs."

First to repeat the bare-bones version of the story: in November 1985, then-Cardinal Ratzinger signed a letter deferring a decision on the laicization of Father Stephen Kiesle, a California priest who had been accused of molesting boys.

• Was Cardinal Ratzinger responding to the complaints of priestly pedophilia? No. The Congregation for the Doctrine of the Faith, which the future Pontiff headed, did not have jurisdiction for pedophile priests until 2001. The cardinal was weighing a request for laicization of Kiesle.

• Had Oakland's Bishop John Cummins sought to laicize Kiesle as punishment for his misconduct? No. Kiesle himself asked to be released from the priesthood. The bishop supported the wayward priest's application.

• Was the request for laicization denied? No. Eventually, in 1987, the Vatican approved Kiesle's dismissal from the priesthood.

• Did Kiesle abuse children again before he was laicized? To the best of our knowledge, No. The next complaints against him arose in 2002: 15 years after he was dismissed from the priesthood.

• Did Cardinal Ratzinger's reluctance to make a quick decision mean that Kiesle remained in active ministry? No. Bishop Cummins had the authority to suspend the predator-priest, and in fact he had placed him on an extended leave of absence long before the application for laicization was entered.

• Would quicker laicization have protected children in California? No. Cardinal Ratzinger did not have the power to put Kiesle behind bars. If Kiesle had been defrocked in 1985 instead of 1987, he would have remained at large, thanks to a light sentence from the California courts. As things stood, he remained at large. He was not engaged in parish ministry and had no special access to children.

• Did the Vatican cover up evidence of Kiesle's predatory behavior? No. The civil courts of California destroyed that evidence after the priest completed a sentence of probation-- before the case ever reached Rome.

We Americans know what a sex-abuse crisis looks like. The scandal erupts when evidence emerges that bishops have protected abusive priests, kept them active in parish assignments, covered up evidence of the charges against them, and lied to their people. There is no such evidence in this or any other case involving Pope Benedict XVI.

Competent reporters, when dealing with a story that involves special expertise, seek information from experts in that field. Capable journalists following this story should have sought out canon lawyers to explain the 1985 document-- not merely relied on the highly biased testimony of civil lawyers who have lodged multiple suits against the Church. If they had understood the case, objective reporters would have recognized that they had no story. But in this case, reporters for the major media outlets are far from objective.

The New York Times-- which touched off this feeding frenzy with two error-riddled front-page reports-- seized on the latest "scoop" by AP to say that the 1985 document exemplified:


…the sort of delay that is fueling a renewed sexual abuse scandal in the church that has focused on whether the future pope moved quickly enough to remove known pedophiles from the priesthood, despite pleas from American bishops.

Here we have a complete rewriting of history. Earlier in this decade, American newspapers exposed the sad truth that many American bishops had kept pedophile priests in active ministry. Now the Times, which played an active role in exposing that scandal, would have us believe that the American bishops were striving to rid the priesthood of the predators, and the Vatican resisted!

No, what is "fueling a renewed sexual abuse scandal" is a media frenzy. There is a scandal here, indeed, but it's not the scandal you're reading about in the mass media. The scandal is the complete collapse of journalistic standards in the handling of this story. 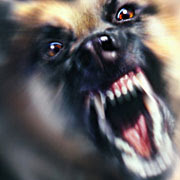 You can read this story in its original form here.