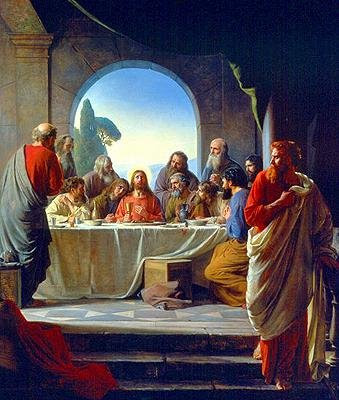 "Now the feast of Unleavened Bread drew near, which is called the Passover. And the chief priests and the scribes were seeking how to put him to death; for they feared the people. Then Satan entered into Judas called Iscariot, who was of the number of the twelve; he went away and conferred with the chief priests and officers how he might betray him to them. And they were glad, and engaged to give him money. So he agreed, and sought an opportunity to betray him to them in the absence of the multitude."

O Lord God, whose blessed Son our Savior gave his back to the smiters and hid not his face from shame: Grant us grace to take joyfully the sufferings of the present time in full assurance of the glory that shall be revealed; through the same thy Son Jesus Christ our Lord, who liveth and reigneth with thee and the Holy Spirit, one God, for ever and ever. Amen.