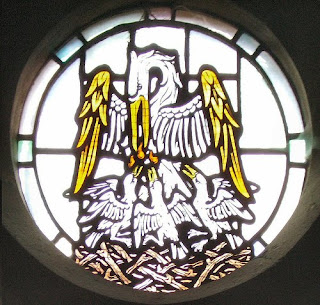 During my daily visit to Catholic Culture, I noticed this news story:


An Australian bishop who is himself a former Anglican has cautioned that the establishment of “personal ordinariates” for Anglicans entering the Catholic Church, under the terms of the Pope’s apostolic constitution Anglicanorum Coetibus, will be a gradual process, requiring time for discernment. Bishop Peter Elliott, an auxiliary of the Melbourne archdiocese, pointed out that Anglican leaders in Australia have done nothing to ease the path of those who wish to become Roman Catholics, and “great sacrifices will be required of them.” He recommended a patient, prudent approach.


Bishop Elliott is exactly right - about Australia, that is.  And really, about every place else in the world... except, I think, for the United States.

Why is the situation different here?  Because the Pastoral Provision has existed here since the early 1980's, which means we already have parishes and communities of former Anglicans, with their own clergy.  Unlike other countries, we have lots of former Anglicans, now Catholics, ready to enter and (this is important) to finance an Ordinariate.

In other countries, time will have to pass while individual Anglicans decide whether they really want to accept the Holy Father's invitation.  Priests will have to go through the process leading to Catholic ordination.  There will be the wrenching experience of leaving familiar buildings and maybe even losing old friends.  Communities of the Faithful will have to be built up, and financial arrangements made for the support of an Ordinariate.  The bishop is absolutely right - that's all going to take time.

But in this country, many of us have already been through all that.  For some of us, it was more than a quarter of a century ago!  Of course, there still are many here who are at the beginning of the journey, but it seems to me that they would want the Holy See to go ahead with the establishment of an Ordinariate, taking in those who are ready now, and getting things up and running, able to receive even more converts as they're ready.

A quick assessment of the Pastoral Provision parishes and communities would indicate that there are probably more than three thousand Catholics ready to be part of an Ordinariate.  There are several priests and deacons already giving pastoral care.  Scarcely a week goes by that I don't get an email from someone wanting to know how they could begin something in their area.  The fields really are white for harvest, and the good news is that we actually have laborers ready and willing to get going.

And the practical consideration of financing an Ordinariate?  We're ready for that, too.  The annual budget for our parish alone is nearly three million dollars.  The amount of support we presently contribute to our archdiocese would, I think, be an adequate beginning budget for an Ordinariate - and that's not even considering the available assets from the other Pastoral Provision parishes.

We have been cautioned to "have patience."  And of course we will, because we have to.  This is something that will happen in God's time and according to His schedule.  But it doesn't hurt to let Him know that we're ready.
Posted by Fr. Christopher George Phillips at 6:45 PM