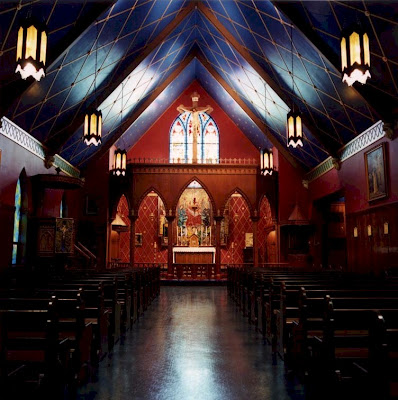 To expand just a little more on my previous posts, here, here and here, I've been thinking a lot about the renewed hope for the expansion of what is now the Anglican Use within the Pastoral Provision.

Article after article, blogger after blogger, wonder how many Anglicans will actually avail themselves of this generous offer the Pope is making.  But with the speculation over how many Anglicans will come into the Catholic Church, the larger effect is ignored. What the Apostolic Constitution establishes is a permanent thing, and will reach the point that it will not require converts for its existence. If the Holy Father had done this only for the conversions it might enable, he would not be giving it its permanent nature. No, what he has done is to say that the Anglican Patrimony (everything consonant with the Catholic faith that forms its ethos) is worthy not only of preservation, but of growth. It won’t take long for the strength of the Personal Ordinariates to depend not so much on converts as on its own organic growth. Children will be raised up in this form of Catholic spirituality, and they will grow up to have children; seekers after truth will be attracted to the spiritual life of the Ordinariates, just as people used to be attracted to Anglicanism; clergy will be trained and educated for work in the Ordinariates, and they will in turn become missionaries throughout society, planting new parishes and forming new Religious communities.

The Holy Father is taking the best and most worthy elements of Anglicanism, which are now wilting and near death, and he’s giving them a new place in which to grow and thrive. Certainly, this is a most welcome open door to those Anglicans wanting to come into full communion with the See of Peter; but more importantly, Pope Benedict is giving a new beginning to all that is lovely and true in Anglicanism, so it can continue into the future as a legitimate and worthy expression of the fullness of Catholic Faith.
Posted by Fr. Christopher George Phillips at 9:44 AM