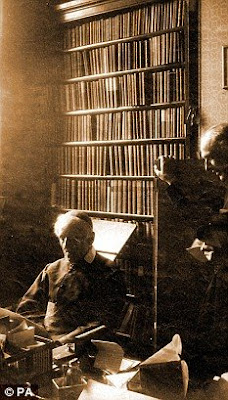 From the time I was a child I've admired "pithy sayings" -- those few words, when one hears them or reads them, thinks to himself, "I wish I'd said that."

Here are some gems from the Ven. John Henry Cardinal Newman:

“Let us act on what we have, since we have not what we wish.”

“It is as absurd to argue men, as to torture them, into believing.”

“It is almost the definition of a gentleman to say that he is one who never inflicts pain.”

“Nothing would be done at all if one waited until one could do it so well that no one could find fault with it.”

“Virtue is its own reward, and brings with it the truest and highest pleasure; but if we cultivate it only for pleasure's sake, we are selfish, not religious, and will never gain the pleasure, because we can never have the virtue.”

“From the age of fifteen, dogma has been the fundamental principle of my religion: I know no other religion; I cannot enter into the idea of any other sort of religion; religion, as a mere sentiment, is to me a dream and a mockery.”

“We can believe what we choose. We are answerable for what we choose to believe.”
Posted by Fr. Christopher George Phillips at 4:54 PM