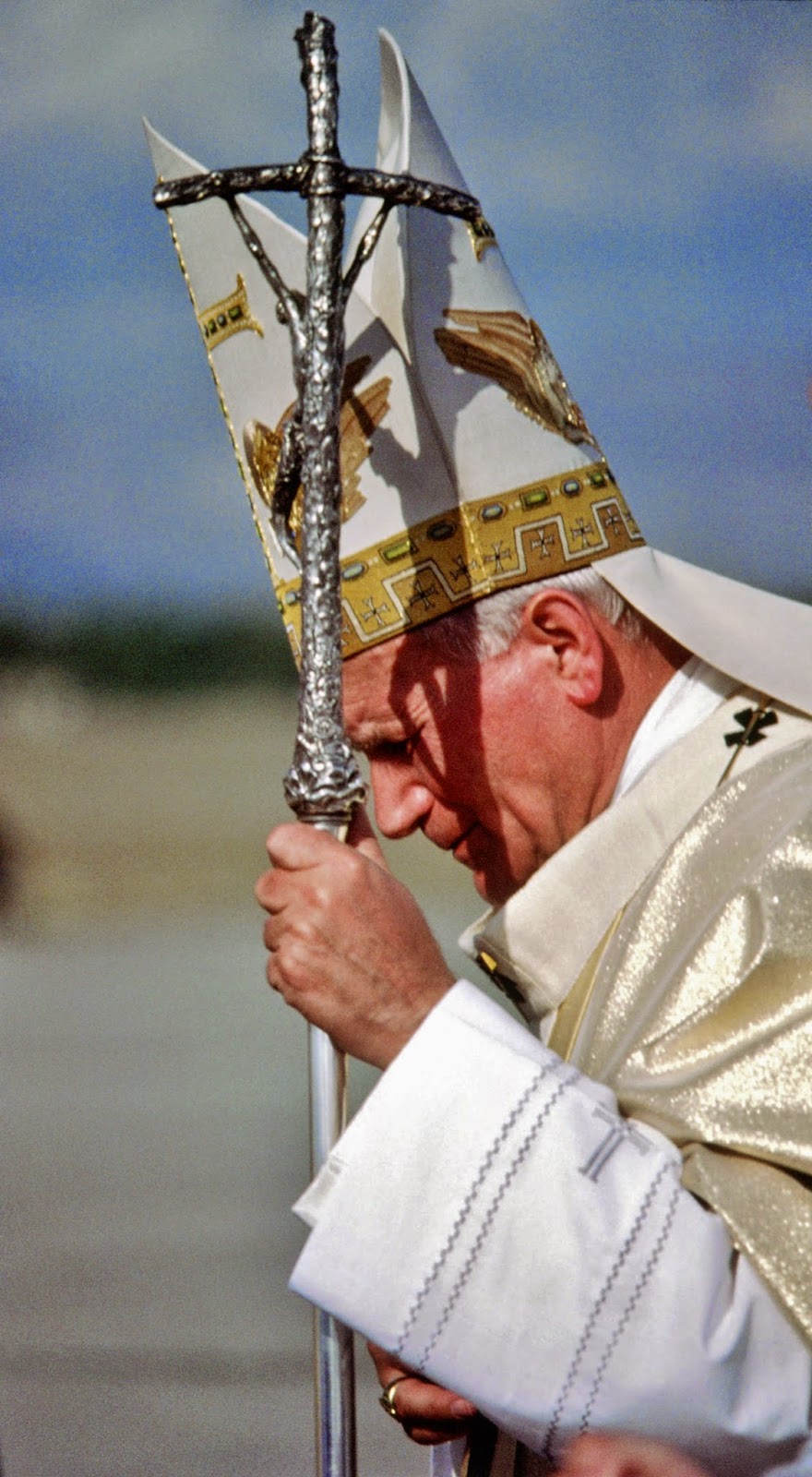 Karol Josef Wojtyla was born in 1920 in Wadowice, Poland. His mother died when he was just a young boy, and he was raised by his father. Even as a boy he was known for his athletic ability, and was in addition to his studies, he was active in all kinds of sports. As a young man, Karol worked as a laborer in factories and at a variety of physically demanding jobs. It was after the death of his father, in 1942, that he felt the call to ordination. The Nazis had come to power, and seminaries were suppressed, but he studied in secret, and after the liberation of Poland by Russian forces in January of 1945 he was able to study openly at the University. He graduated with distinction, and was ordained on All Saints Day in 1946.

After his ordination to the priesthood and theological studies in Rome, he returned to his homeland and resumed various pastoral and academic tasks. He became first auxiliary bishop and, in 1964, Archbishop of Krakow and took part in the Second Vatican Council. On 16 October 1978 he was elected pope and took the name John Paul II. His exceptional apostolic zeal, particularly for families, young people and the sick, led him to numerous pastoral visits throughout the world. Among the many fruits which he has left as a heritage to the Church are above all his rich teaching on the human person and the promulgation of the Catechism of the Catholic Church as well as the Code of Canon Law for the Latin Church and for the Eastern Churches. In Rome on 2 April 2005, the eve of the Second Sunday of Easter (or of Divine Mercy), he departed peacefully after whispering "I have looked for you. Now you have come to me. And I thank you."

O God, who art rich in mercy and who didst will that Saint John Paul the Second should preside as Pope over thy universal Church: grant, we pray; that instructed by his teaching, we may open our hearts to the saving grace of Christ, the sole Redeemer of mankind; who liveth and reigneth with thee, in the unity of the Holy Spirit, ever one God, world without end. Amen.