The House of the Virgin Mary 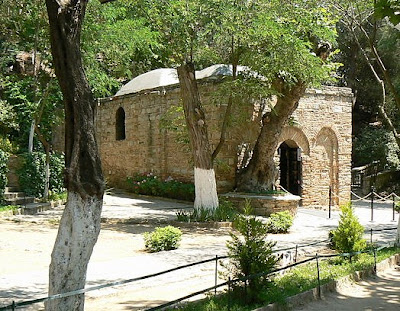 The House of the Virgin Mary is a shrine located on Mt. Koressos in the vicinity of Ephesus. The house was discovered in the 19th century by following the descriptions in the reported visions of Blessed Anne Catherine Emmerich (1774–1824), a Catholic nun and visionary. The Church has never pronounced in favour or against the authenticity of the house, but nevertheless receives a steady flow of pilgrims since its discovery. Anne Catherine Emmerich was Beatified by Pope John Paul II on October 3, 2004.

Catholic pilgrims visit the house based on the belief that Mary, the Mother of Jesus, was taken to this stone house by Saint John, after our Lord had entrusted her to the apostle's care.

The shrine has received several papal Apostolic Blessings and visits from several popes, the earliest pilgrimage coming from Pope Leo XIII in 1896, and the most recent in 2006 by Pope Benedict XVI.

These pictures show the house itself, and an icon of Our Lady, which was obtained in Ephesus on one of our parish pilgrimages there. This icon is now located in the Sacred Heart Chapel at Our Lady of the Atonement Church. 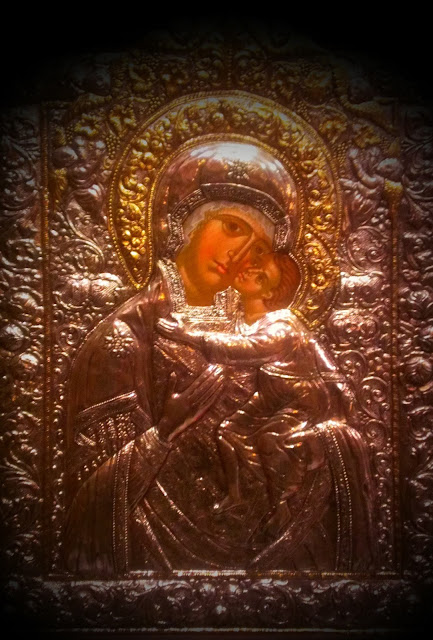 Posted by Fr. Christopher George Phillips at 8:49 AM